WE WILL ALWAYS BE HONEST, LOYAL AND COURTEOUS TO ALL

“Kobukan” translates to Hall of the Ancient Warrior which is a tribute to the old warrior code of conduct followed in days past: Honor, Loyalty and Integrity. Our logo is a K in a circle, meaning the hall is the center of our attention. Turned on its side, it has dual meaning showing a) a tied black belt, the goal of martial training and b) a road to the sunset of success and achievement.

Kobukan Martial Arts was established by Ron Manes in 2008 in Virginia Beach to offer further Advanced Karate and Brazilian Jiu Jitsu instruction to students participating in other programs offered by Mr. Ron. It was relocated to Norfolk Ward’s Corner area in 2011 and then moved to the Five Points area in 2012. In 2016, it was moved again to its current location in the East Beach area. 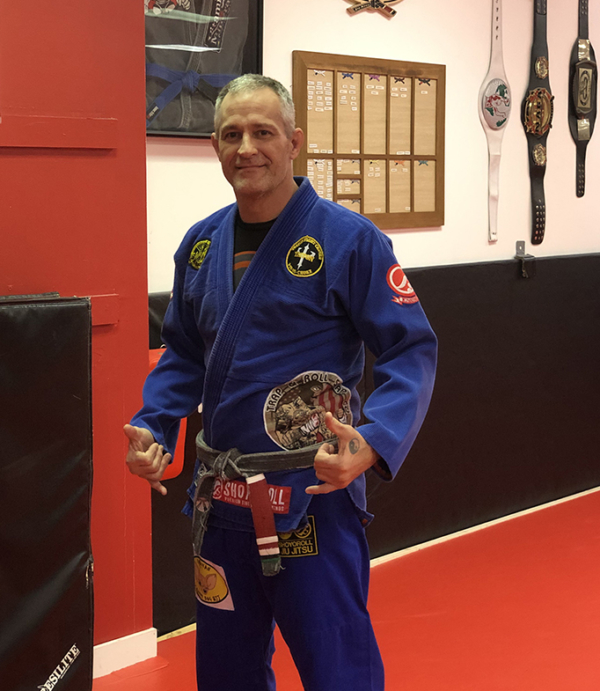 Ron ManesOwner & Head Instructor
Ron began his martial arts career at 4 years old and has currently achieved a rank of 8th Degree Black belt in Karate and also holds the rank of Black Belt in Brazilian Jiu Jitsu. He has operated several martial arts schools over the last 15 years and has recently relocated his home academy to the East Beach area in Norfolk. As a retired former Navy EOD combat veteran he has been active in Peer Mentoring with the local Veterans Affairs clinics and promoting wellness through martial arts for those suffering from traumas such as PTSD and TBI.

Veteran-owned and family-oriented. Inspiring and educating students through martial arts.